I have been working on building a gMax 3D printer. Unfortunately, budget restraints have kept me from ordering the full kit, so I have been slowly ordering and piecing together the parts myself. The printer uses 80/20 1.5" aluminum extrusions as its frame.

I ordered my extrusions and then started cutting it to the sizes the printer requires. Unfortunately the miter box and back saw I had were not cutting straight in the aluminum. I needed to order more extrusions and either a table saw blade to cut it ($50) or pay them to cut it for me ($13 and change for the cuts).

When I ordered the first set of extrusions, I bought a tap so I could tap the ends of the extrusions. I tested it out on the pieces I hadn't cut correctly. Since I knew it would work and already had the tool, I did not pay for the tapping to be done for me. This post documents the process (which turned out to be not as straight forward as it seemed at first) in case it helps someone out in the future.

I ordered the Ultra Lite extrusions the second time around rather than the normal ones. These extrusions have a different profile as seen below which is the reason for the difficulty I faced: 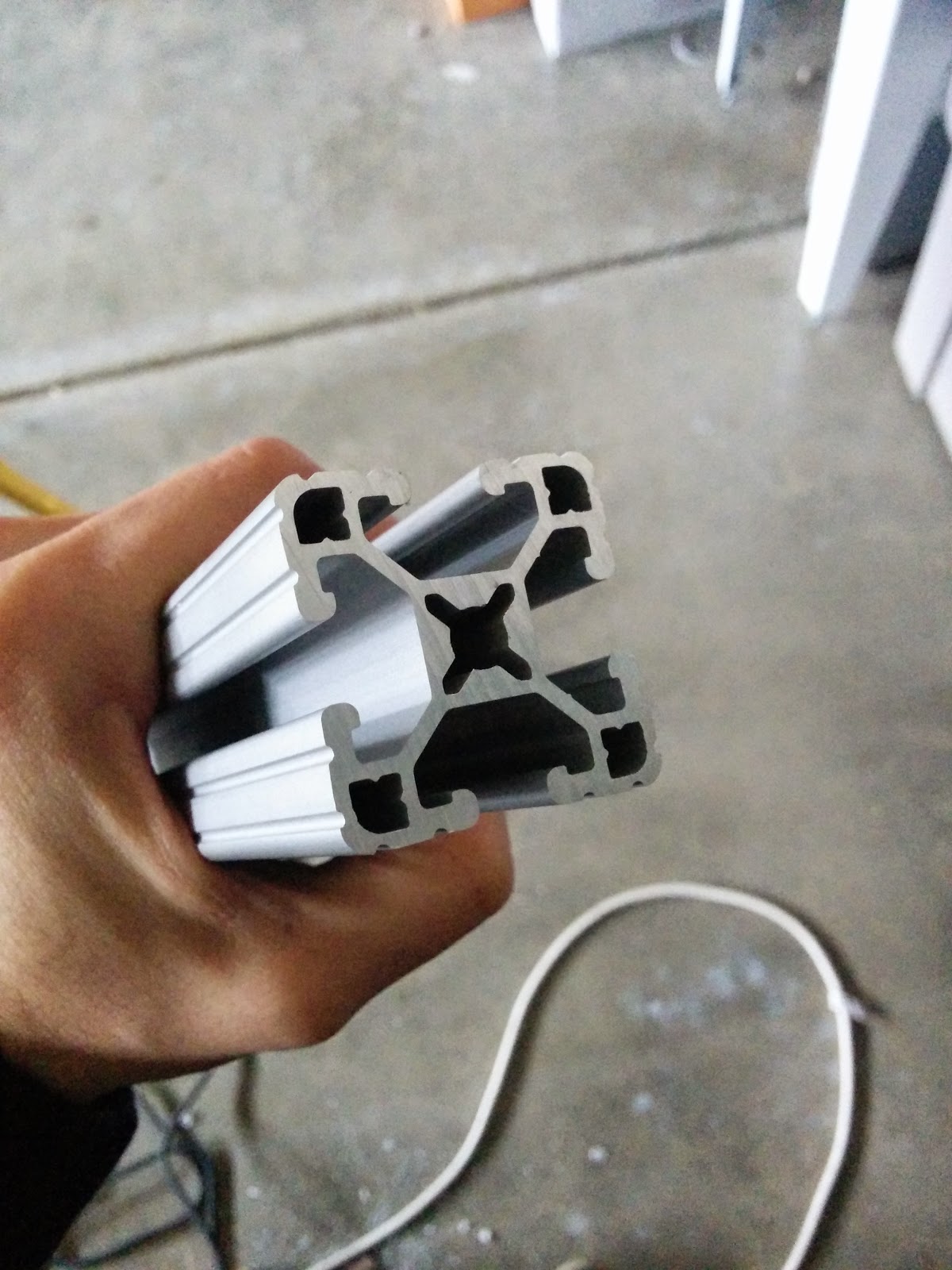 The extra channeling around the center hole makes adding the end taps a challenge when your tap looks like this: 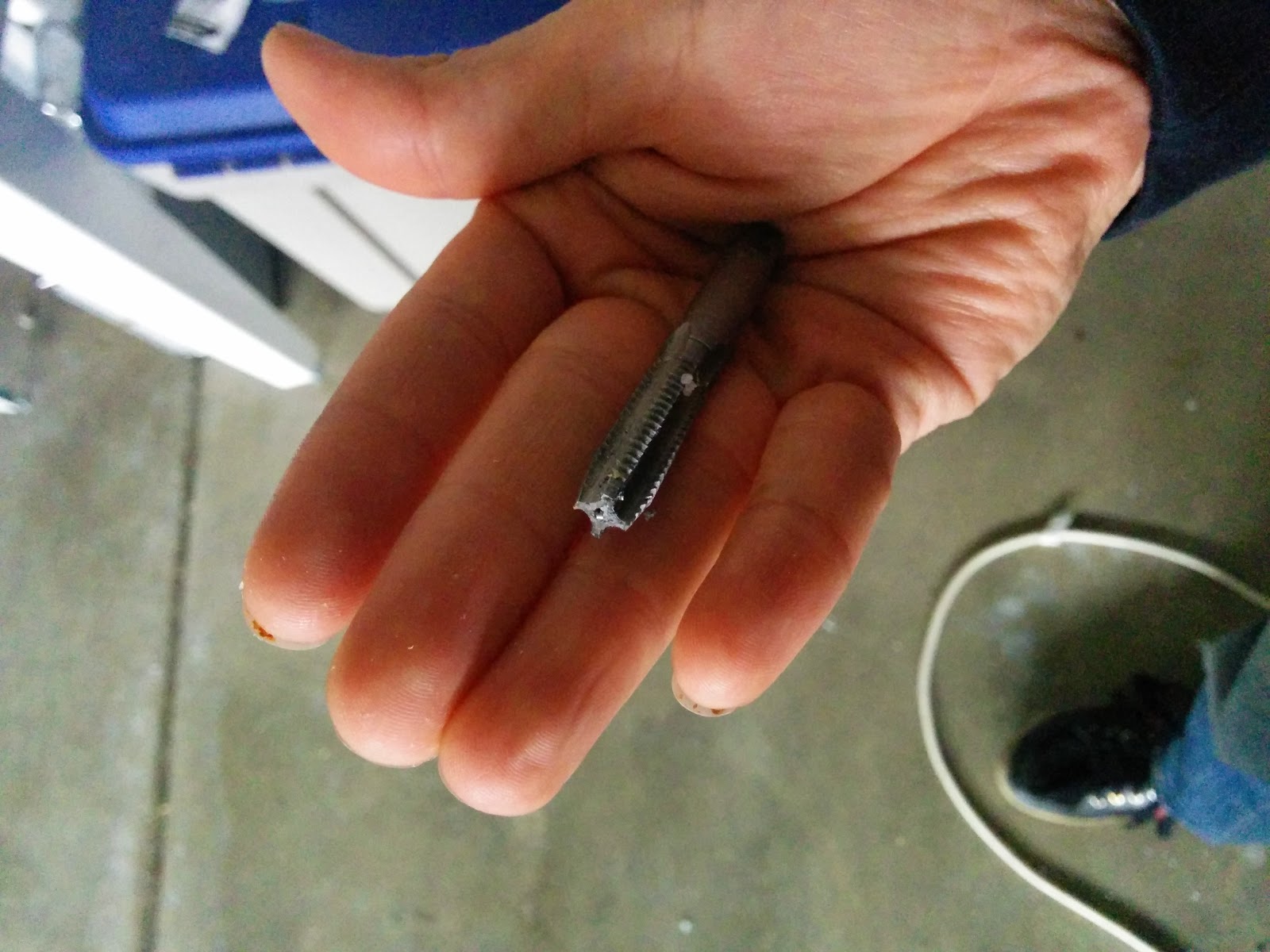 After some brainstorming I went to bed unsure of my next move. In the morning while my mind was clear, I came up with the idea that ended up working: use candle wax to fill the channels.

I grabbed a few of these tea light candles and pushed them out of their metal liners. 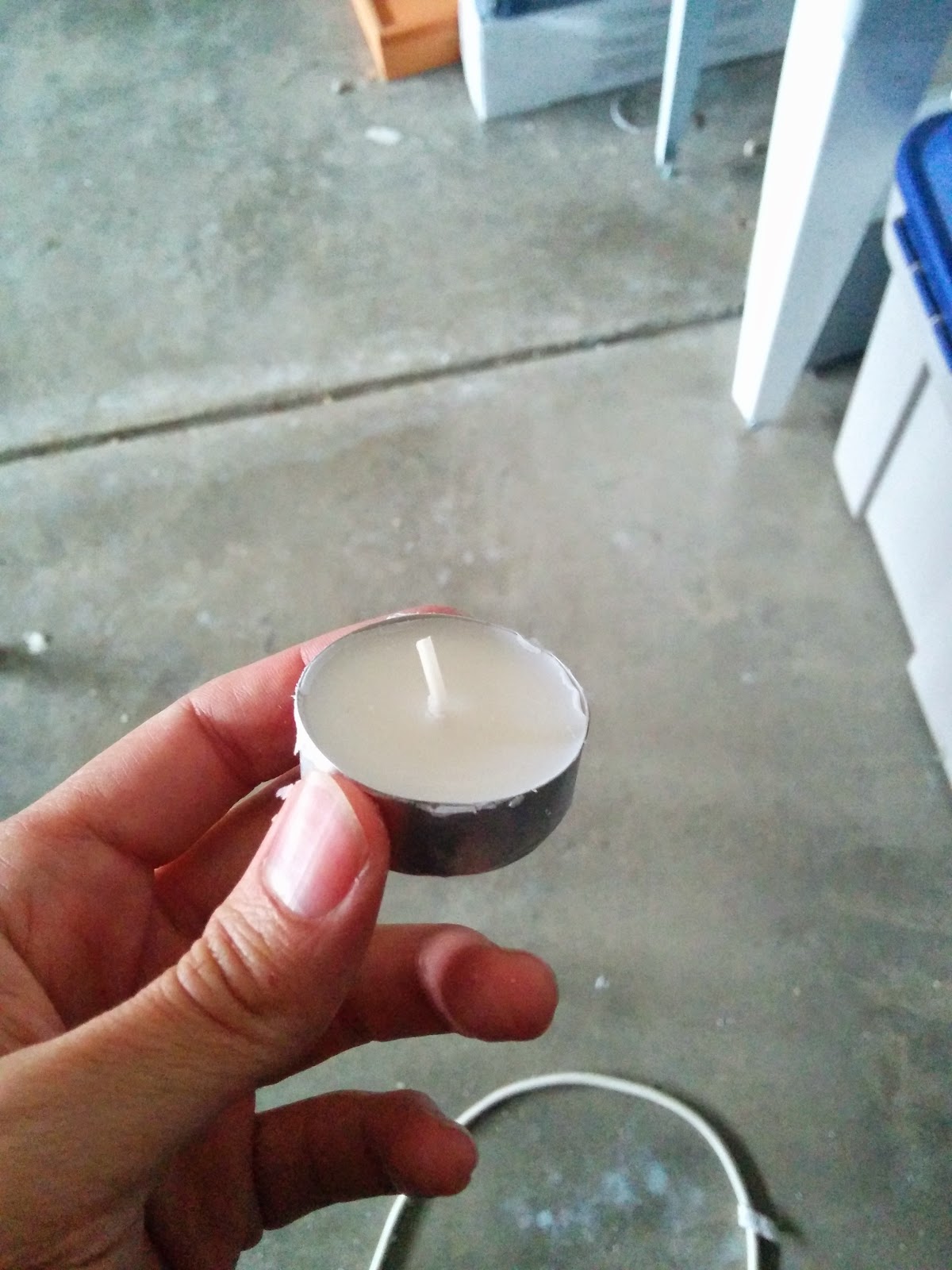 I want to fill the extra channels connected to the center, but not the center itself. So I slid a dowel down the center. 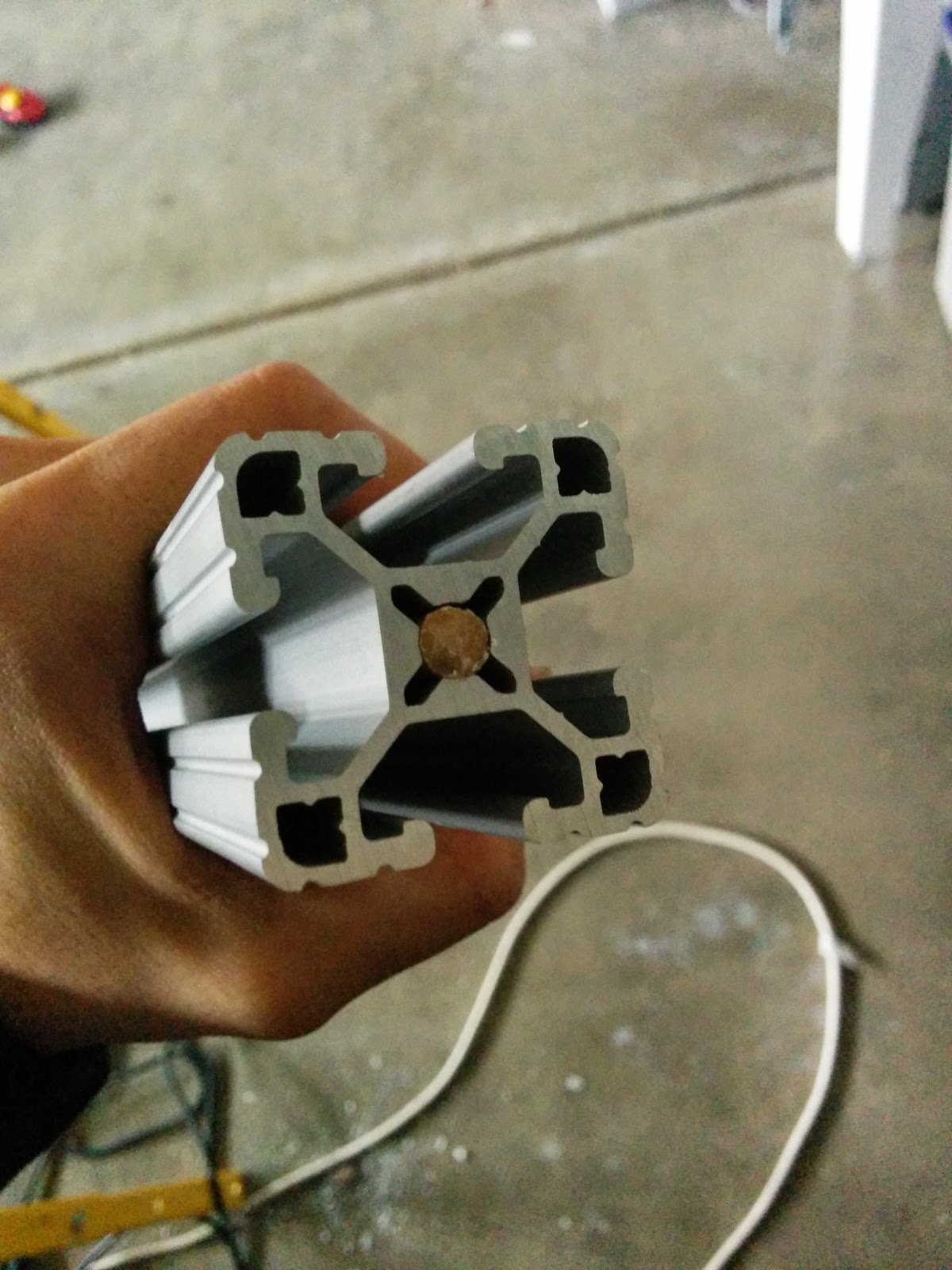 Next I placed the extrusion end-down onto the candle and heated both with a heat gun while pressing the extrusion and dowel down together until it reached the bottom. At this point, I let the whole thing cool. 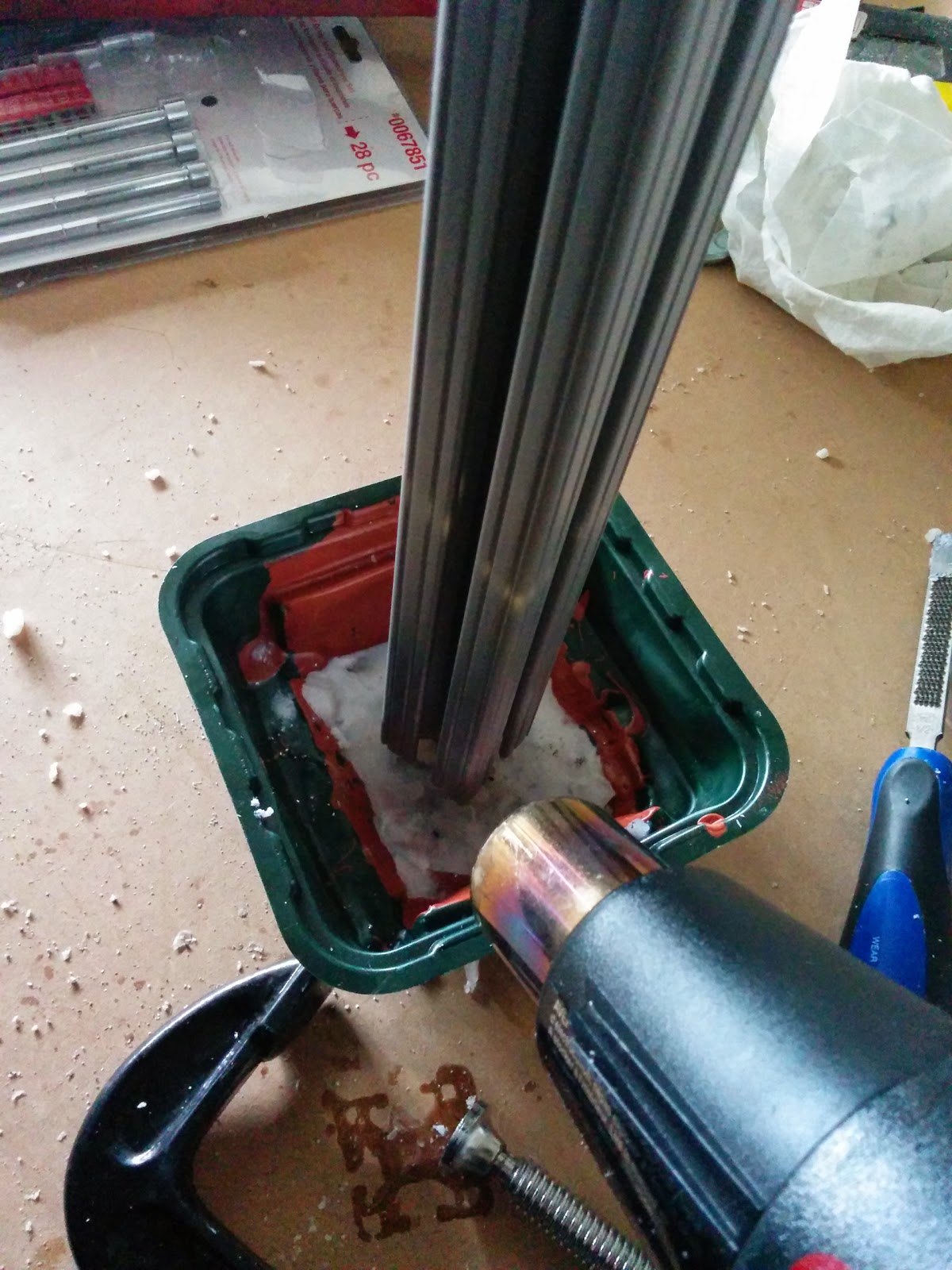 After the wax cooled, I carefully scraped the excess wax from the end and removed the dowel by twisting it first so it didn't pull the wax out of the channels. Now that the channels were filled with wax, I was able to tap them. 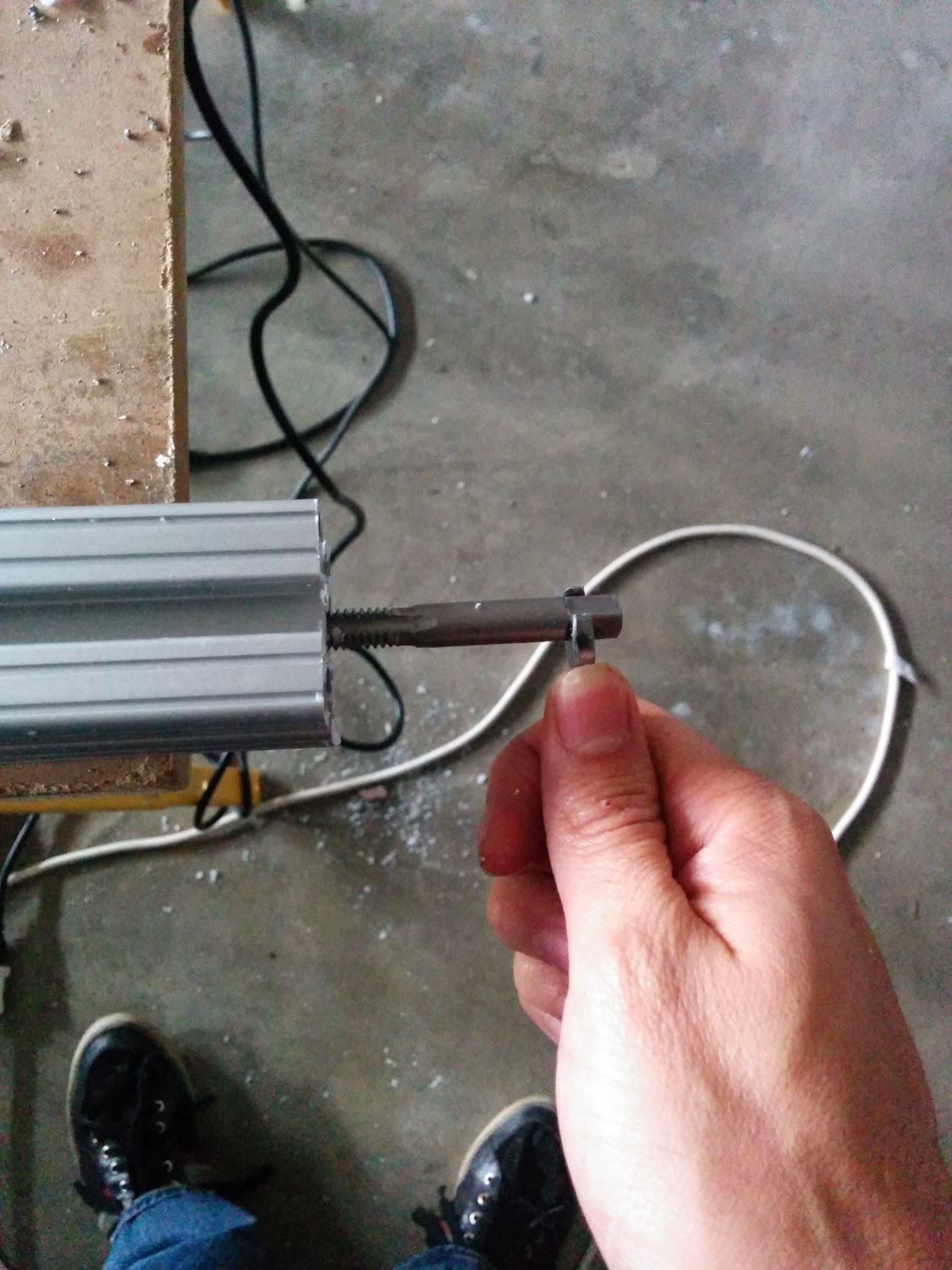 I had to go very slowly. The wax did not take much force -- it's there mostly to keep the tap moving along the same thread path while the tap's cutting edges are in the channels -- so be careful. I couldn't show it here because I had to hold the camera, but I was using my other hand as a guide for the tap to keep it as straight as I could. The tap will hit the channels every quarter turn, so I knew when the required torque to turn the wrench would drop. That allowed me know when to alter how much force I was using.

The wax actually helped smooth the movement of the tap. I didn't need to use nearly as much force as I had for the regular extrusions that did not have the channels. Once the tap was turned all the way in, I carefully backed the tap out the same way. This allowed the metal filings to get caught in wax bits and get pulled out.

Finally, I held the extrusion up and heated it with the heat gun to melt out the excess wax. This also gets rid of most of the leftover metal filings. A paper towel will soak up any melted wax that didn't drip right off. 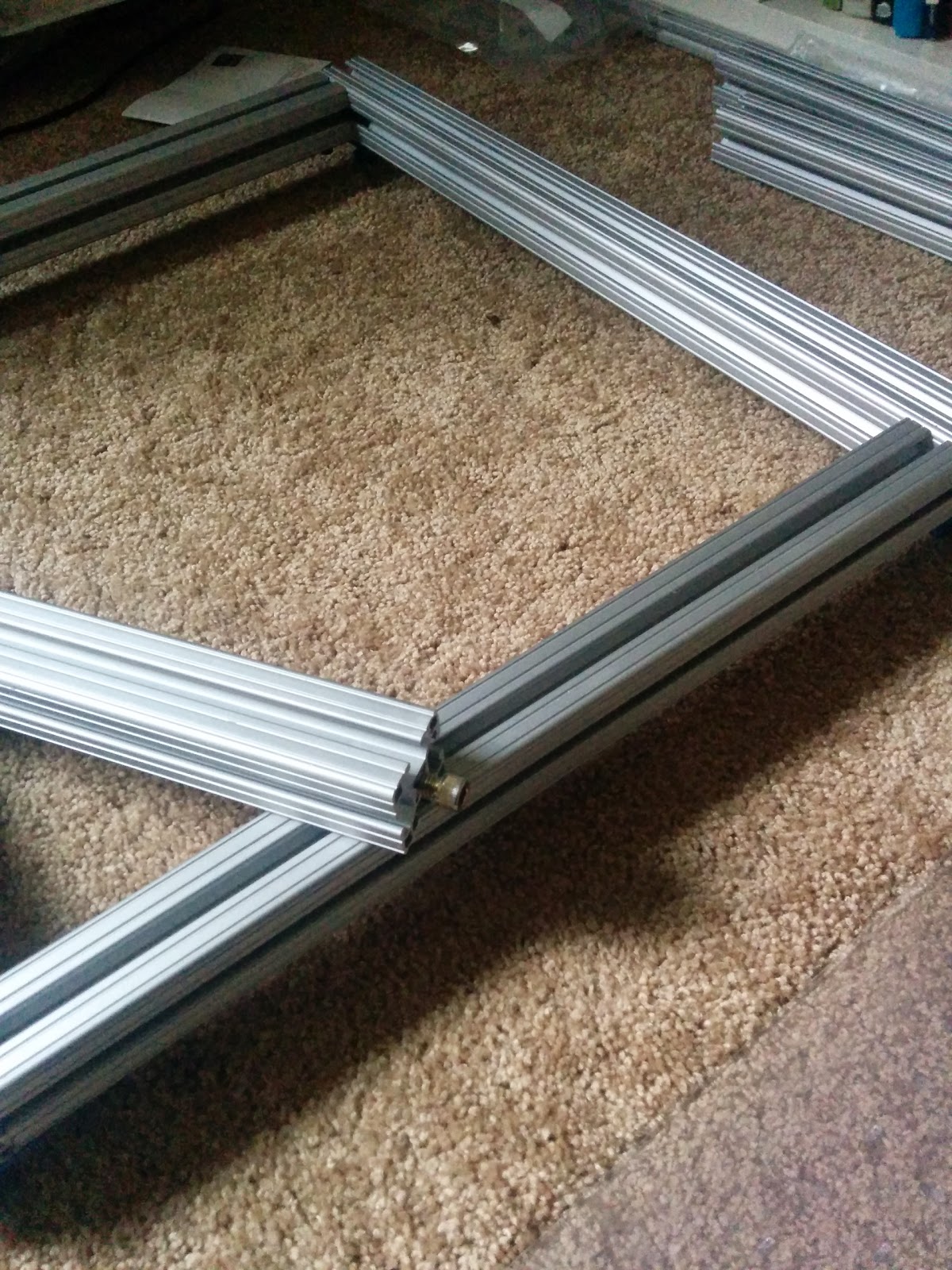 Here is the end result with a hex cap screw turned in the end. Below it is a frame assembled using screws through the tapped ends of more extrusions using the same technique. The screws turned into the extrusions very easily by hand and tightened down nicely to form a very rigid frame.

mwu
I am a software engineer who has been working for startups in the mobile technology space since 2007. More recently I have been interested in 3D printing. twitter: @marcuswu